Skip to content
CWC may earn a commission if you click on a link leading to another website.
Mint Mobile - Buy 3 Months Get 3 Free 4GB for $7.5/mo! 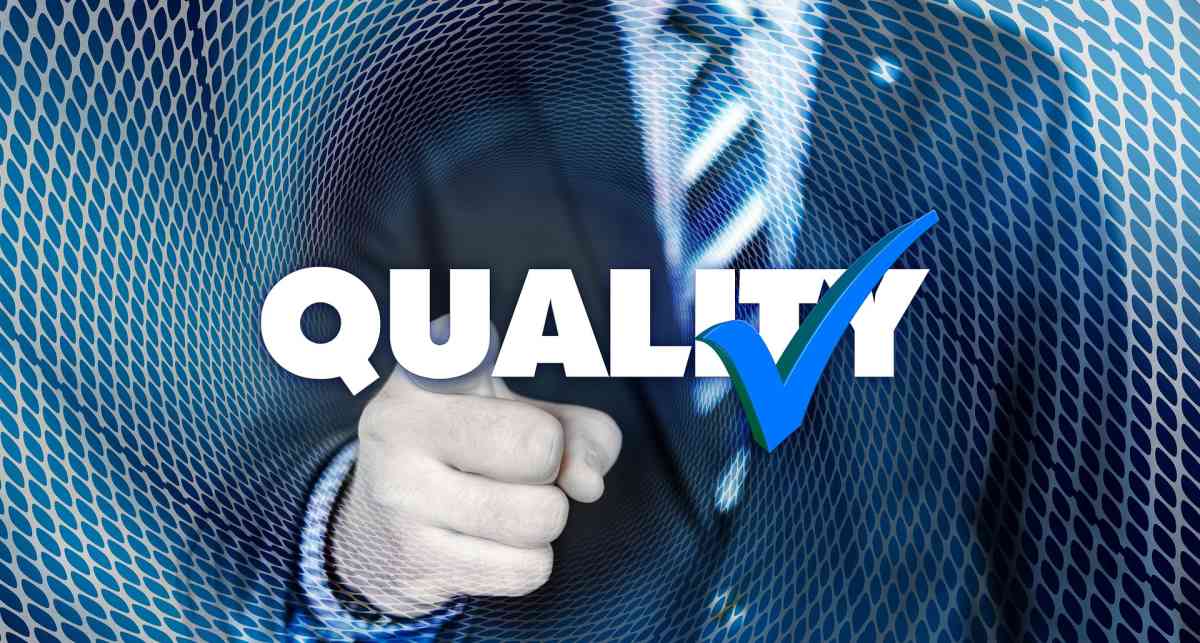 First and foremost, I must say there is no real best Verizon MVNO unlimited data plan. Anybody that tries to tell you otherwise is full of baloney. The reason is that there really isn’t just one plan that’s best for everybody. Some Verizon MVNO unlimited data plan providers have really crappy customer service. While others may come with certain limitations like little to no hotspot. So the best Verizon MVNO OR prepaid unlimited data plan is whichever one best fits your own personal needs and works where you live. Having said that, there are some providers that offer really good and old-fashioned bang for the buck value. So let’s take a look at a couple of those, and maybe you’ll find one that best fits your own personal needs.

I don’t think you can have a list of the best valued Verizon MVNO and prepaid unlimited data plans without mentioning Visible. Visible is a prepaid brand that is actually owned by Verizon Wireless. It’s designed to compete with other carrier prepaid brands that include AT&T’s Cricket Wireless and T-Mobile’s Metro by T-Mobile.

It Was All About The Party!

For a long time, Visible was a great value thanks to an unlimited everything plan it offered for just $25/month with taxes and fees included. That pricing was available through Visible’s now discontinued Party Pay platform. Party Pay was Visible’s take on multi-line group discounts with a major twist. Subscribers could join groups of other Visible subscribers using the Visible app, available on both Android and iOS. What was unique was that each subscriber in a group was responsible for paying their own bill with their own credit card or payment platform of choice. Others in the group did not have to interact with each other and didn’t see each other’s credit cards. There was no limit to the number of members that could be in a group, but each group had to have a minimum of 4 members in it to get the plan for $25/month. Visible subscribers not in a Party Pay group paid $40/month for their plan with all taxes and fees included in the price.

But on August 17, 2022, Visible discontinued both its $40/month plan for new subscribers and its Party Pay discount simplifying its platform. In its place, Visible released two new unlimited data plans with all-in pricing and no multi-line discounts. The cheaper of the two plans is priced at $30/month and the more premium plan, called Visible+, is priced at $45/month. Both plans continue to offer great bang for the buck value, with the bigger value for most people still being the cheaper $30 plan.

Both of Visible’s plans of course include unlimited talk and text. They also come with unlimited calling to Mexico and Canada and spam call protection. WiFi calling is supported. The basic plan has access to Verizon’s 4G LTE and 5G Nationwide networks, whereas the Visible+ plan adds 5G Ultra-Wideband connectivity for even faster data speeds in locations that have access to that network. 5G Ultra-Wideband is available in select cities and metropolitan areas whereas Verizon’s 5G Nationwide network is available in over 2,700 cities.

The Visible+ plan also includes a few other features not available on the basic $30 plan. Those additional features add:

One thing that makes both of Visible’s unlimited plans unique is that they include unlimited mobile hotspot. However, only one device can connect to the hotspot at a time and data speeds are limited to a maximum of 5Mbps. Still, there isn’t another low-cost provider on the market offering unlimited hotspot usage at data speeds that are that fast.

Visible’s unlimited data plans also include domestic roaming on Verizon’s extended network. This will allow you to roam onto the towers of other wireless providers in areas where Verizon doesn’t have its own native network for enhanced coverage in rural areas.

Visible also offers iPhone customers with eSIM, a free 15-day trial. No credit card or other payment method is needed for the trial. You also do not need to port your number in for the trial.

It Might Be Priced Right, But That’s Not Enough For Everyone

Ask anyone about Visible and you’ll certainly find your fair share of completely mixed and opposing opinions. The Visible Reddit thread is certainly filled with them. MVNOs, in general, can be hit or miss based on location. While Visible may not technically be an MVNO depending on how you want to define MVNO, it certainly has some of the issues associated with them. One common issue is that the quality of service can vary greatly by location, primarily caused by network congestion present in one area that isn’t present in another. But if the previously referenced Reddit forum is accurate, it’s a bit worse for Visible. And that’s because Visible’s network is set up a bit differently than traditional MVNOs and prepaid providers. You see, Visible is a cloud-based provider. Traffic is generally routed through an extremely limited number of cloud servers. Among other variables, depending on how close or far away a subscriber is from a cloud server they may experience low or high ping times and subpar data speeds. If you’re in an area with high ping times and subpar data speeds, Visible certainly won’t be for you.

One thing from above that still may ring true with Visible’s new $30 unlimited plan is that network congestion may still be a problem in some areas causing slower than desired data speeds. Visible’s $30 plan does not include premium data, so during times when the network is congested, customers on the plan may experience temporarily slower data speeds when compared to other customers using the same network. But since the $30 plan does not route traffic through cloud servers like the old $40/$25 plan did, slowed data speeds should be less of a problem with the new plan during times of network congestion.

US Mobile fits the true definition of an MVNO. The company purchases talk, text, and data at bulk rates through both Verizon Wireless and also T-Mobile. But we’re interested in their Verizon Wireless based plan as it offers truly unlimited data (Update: US Mobile no longer offers what I call truly unlimited data. To me, a truly unlimited data plan is a plan with unlimited high-speed data that never permanently slows down or runs out. US Mobile now has two “unlimited plans” one with 100GB of high-speed data before throttling and the other with 35GB. However, throttled data speeds are higher than the competition and are at a very usable speed of 512Kbps-1Mbps.) US Mobile refers to its Verizon-based plans as its Warp 5G network plans. Besides having a good price, the plan includes some pretty unique features that also help to make it a compelling choice for consumers. But we’ll come back to those in a bit.

There are two US Mobile unlimited plans, one is called Unlimited Basic and the other Unlimited Premium. The Unlimited Basic plan is a no-frills plan that costs $35 for a single line and comes with 35GB of high-speed priority data before throttling. Taxes and fees cost extra and customers can expect to pay an average of about $5/line for taxes and fees. The plan does not come with mobile hotspot and does not offer access to Verizon’s 5G mmWave network. It does offer access to Verizon’s 5G nationwide and C-band networks. Multi-line discounts are available with the plan and are priced as follows:

It was in March of 2022 when US Mobile announced that it added priority data to its Warp 5G plans. You can watch a video down below from YouTuber Stetson Dogget for a further explanation of how this works in the real world. Visible on the other hand will still have data speeds that slow when the network is congested, and for multiple reasons., Service may slow due to network congestion, but additionally, speeds may also slow due to how far away the customer is from Visible’s cloud servers.

What really makes US Mobile stand out is that their Unlimited Premium plan includes special perks and free international data roaming. Subscribers get up to 10GB of free international high-speed data to use in 140 countries with their eSIM-enabled devices. Special perks include getting your streaming subscriptions paid for you if have multiple lines of service. Customers with at least 3-lines of service can choose to get one of the following subscriptions paid for by US Mobile:

Like Visible, US Mobile does offer new customers a free trial. If you have an eSIM-enabled device, you can get the free trial instantly. If not, you can still order a free SIM starter kit. The SIM kit is totally free as shipping charges for standard 5-day shipping are paid for by US Mobile. However, customers that can’t wait to start their trial can upgrade to expedited shipping for as little as $2 for 2-day delivery or $10 to overnight it.

US Mobile’s free trial is for 10-days on the Unlimited Basic Plan. The trial offer includes unlimited talk and text with 35GB of high-speed data before throttling.

Taxes and fees are a big downside with US Mobile. Although they do vary a bit by location, they can still add a significant amount of money to your bill. Visible on the other hand offers all-in pricing with taxes and fees included in the price.

Another thing to be aware of is that US Mobile’s Verizon based unlimited plan does not include WiFi calling. Update: In early March of 2022, US Mobile announced support for WiFi calling.

3). How Do US Mobile And Visible Compare To Verizon Wireless?

Verizon’s postpaid wireless plans and even their prepaid plans are considerably more expensive than both Visible and US Mobile. Verizon’s cheapest postpaid unlimited plan starts at $70/month. It’s unlimited prepaid plan is priced as low as $50/month but starts at $65/month. Verizon’s plans do not include taxes and fees, which are additional costs to consider. Verizon’s Postpaid plans have high network data access priority, so during times of network congestion, data speeds should be faster than Visible’s but similar to US Mobile as long as you’re on the 5G network. Verizon’s Postpaid plans also come with free streaming subscription perks similar to US Mobile’s. Depending on the unlimited plan, subscribers may get free Disney+, Apple Music, Hulu+, and ESPN+ subscriptions. They may also have access to Verizon’s ultra-wideband 5G network. A table comparing Visible and US Mobile to Verizon’s cheapest unlimited postpaid and prepaid plans is below.

A couple of other quick points to make about the prices in the table. For both postpaid and prepaid Verizon Wireless plans, autopay must be enabled to get the prices shown. The Verizon postpaid plan is $10/month higher without autopay billing enabled, and the prepaid plan is $5/month higher. The prepaid plan also requires customers to remain active on the service for 10 months for the cost to drop down to that rate. Verizon Prepaid customers receive loyalty discounts. The plan starts out at $65/month, and after 3-months of service, it drops to $60/month, after 9-months it’s $55/month and autopay drops all pricing down by $5 more. If you want to compare more Verizon MVNO plans to Verizon, check out the full list of Verizon MVNO phone plans.

Check coverage in your zip code