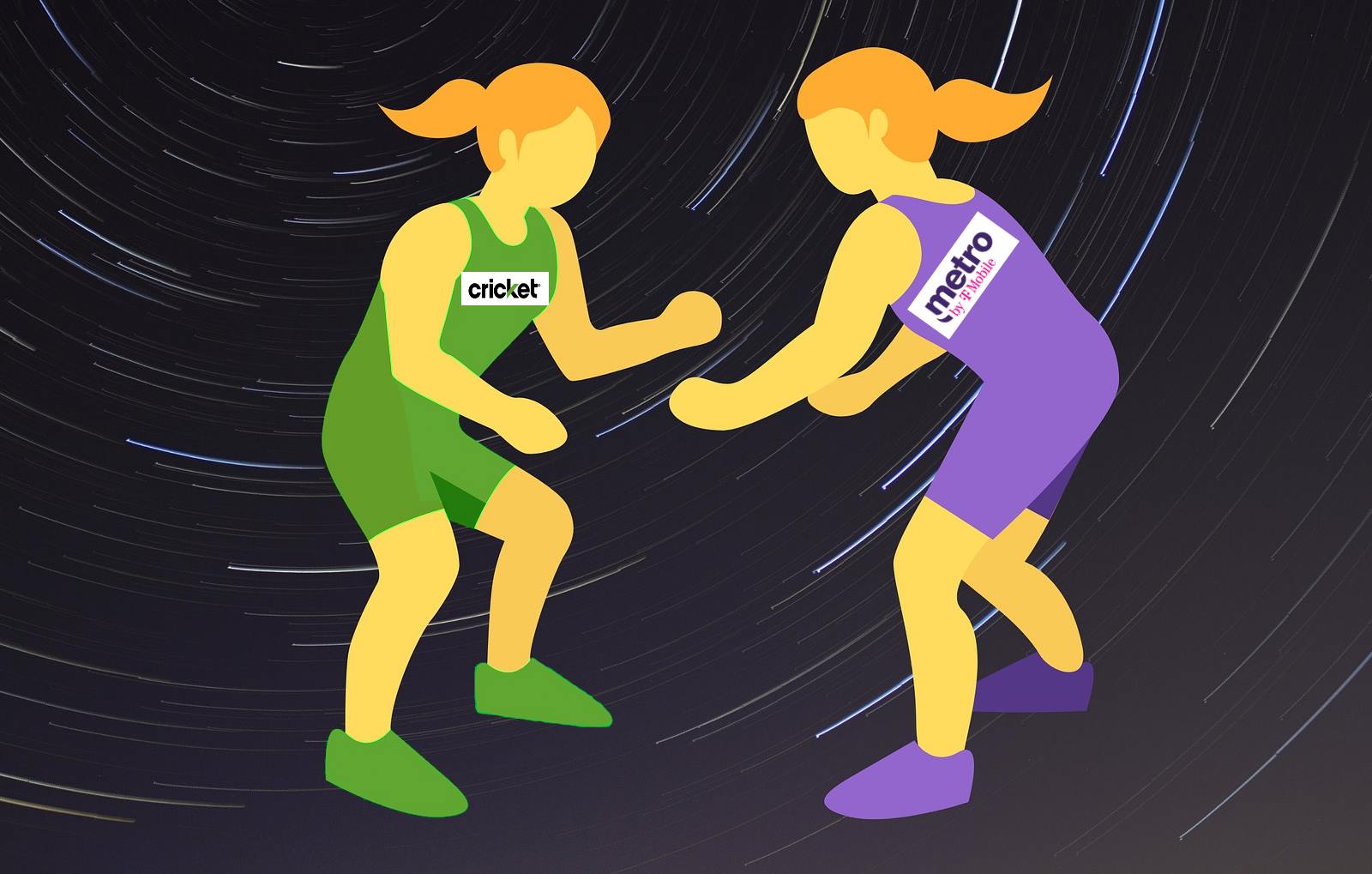 Both providers generally offer cheaper wireless plans than their parent brand counterparts. And both are fiercely competitive with one another.

But which brand is the right one for you?

Well, that’s going to come down to a variety of factors. A big one is network coverage. So let’s start there.

Cricket Wireless and Metro by T-Mobile both offer nationwide 4G LTE and 5G networks. But when it comes to 4G LTE network coverage, as depicted in FCC coverage maps, AT&T has a much larger network. That gives Cricket the win in that department. But the roles are reversed when 5G coverage is looked at. T-Mobile has the larger 5G network.

But is 5G the be-all-end-all for coverage? Not at all. AT&T’s 4G LTE and 5G networks offer more coverage combined than what T-Mobile does. And 5G networks still rely on 4G LTE networks to function, in part, for phone calls. Most phone calls are still placed over an LTE network as VoLTE calls. Over time, calls will slowly transition to be placed over 5G networks as VoNR/Vo5G calls. Furthermore, in areas where a provider hasn’t built out its 5G network yet, service will fall back to 4G LTE. So you can expect more coverage in more places with Cricket Wireless compared to Metro by T-Mobile.

However, if data speeds are more important to you, Rootmetrics and Ookla Speedtest both show that T-Mobile’s 5G network is significantly faster than AT&T’s. That means you can expect Metro by T-Mobile to have a significant data speed advantage over Cricket Wireless.

So based on the summary above, Cricket Wireless may be better for you if you like to travel a lot and go through more rural areas. But elsewhere, if you use a lot of data-intensive applications or are a heavy streamer, Metro by T-Mobile may be the better option.

You should also be sure to check out the coverage maps for both Metro and Cricket which you’ll find here and here to see which provider actually offers coverage in your area. You can also go to the homepage of Compare Wireless Carriers and enter your zip code to see your local coverage.

If coverage and data speeds aren’t deciding factors for you in deciding between Metro and Cricket, what plans each provider offers might be.

Cricket Wireless and Metro by T-Mobile each offer four phone plans ranging in price from $30/month to $60/month for single lines. Taxes and fees are included with each plan. Below are tables comparing each provider’s plans at their corresponding price points.

Cricket’s $35 plan does come with one extra option. Customers who bring their own devices and are willing to prepay for the plan annually will save additional money. The plan is just $25/month or $180 upfront when paid for annually.

Activating a plan and service with each provider is free online. However, if you activate Metro service in store, you can expect to pay a $20/line activation fee. Cricket may charge a $25/line activation or upgrade fee in stores.

Cricket’s data only plans all include usage in Mexico and Canada at no extra charge. Taxes and fees are also included in the prices shown. Videos may stream at a resolution of 480p. Data is hard capped. So once you run out of data, that’s it until your next billing cycle unless you add a top-up. Additional data can be purchased priced at $5 for 2GB and $10 for 5GB. The plans can be used in either a hotspot device or tablet.

During times of network congestion, customers using more than 35GB of data in a month will notice reduced speeds until the congestion is relieved, and customers may notice slower data speeds compared to T-Mobile customers.

Both Cricket Wireless And Metro Are Sold In Stores Nationwide

Cricket Wireless is the clear winner for those who like to do all their shopping online. Metro by T-Mobile for some reason still does not let all of its customers and potential customers buy a device online. Metro allows a limited number of phones to be purchased online only if you need a new line of service and are not porting a number in. Virtually all customers wishing to port a number to Metro will need to head to a store to purchase a device and port-in. Cricket Wireless does not have this same policy. All Cricket phones are available for purchase online by new customers porting in or getting a new number. Current Cricket customers can also upgrade their phones online. Cricket’s best deals are typically available online and in stores. Metro’s best deals are often available in stores only.

Cricket and Metro by T-Mobile both offer a wide variety of phones. Both providers sell the latest flagship devices from Apple and Samsung. They also offer a wide variety of budget phones. Metro typically offers more phones for free to switchers, but as mentioned above, there is a catch. Most, if not all free phone offers will require you to visit your local dealer to get one.

Each provider will let you bring your own phone to their network. However, Cricket is more limiting as to what phones you can bring. Cricket may also not allow certain features like mobile hotspot to work for bring your own device customers.