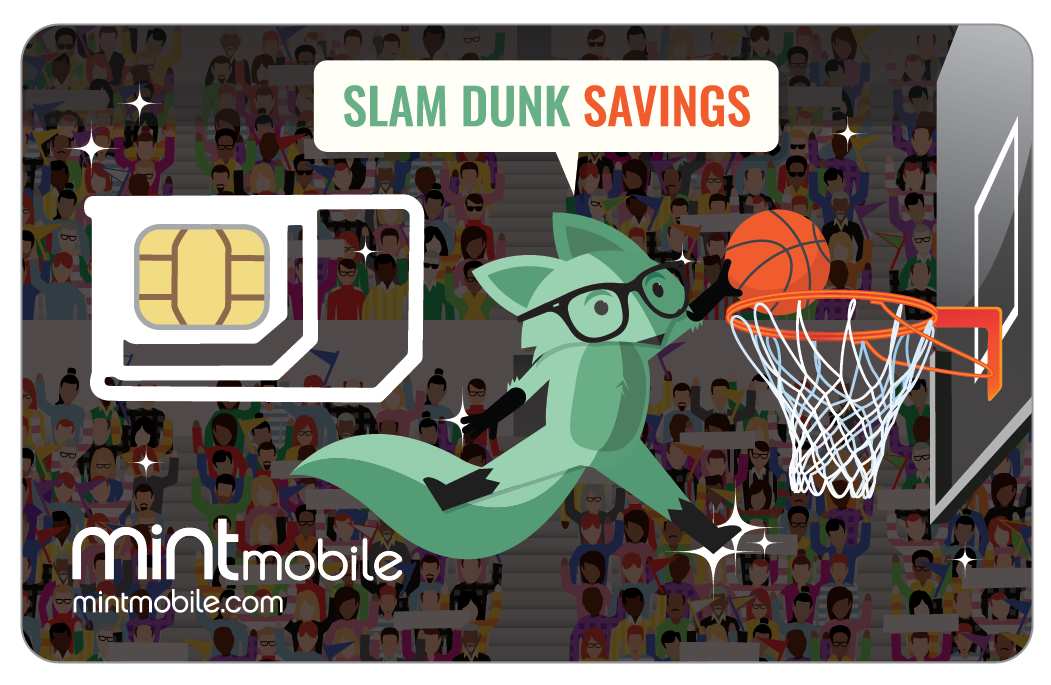 Mint Mobile offers some of the cheapest wireless plans on the market. This often leads people to ask questions like “how can they be so cheap?” and “are they a scam?”

I can tell you Mint Mobile is definitely not a scam. And there are some very good reasons why they are able to offer service for so cheap. Mint Mobile’s Chief Marketing Officer (CMO), Aron North, once actually addressed some of those reasons in a Reddit thread.

How is Mint so cheap? from r/mintmobile

So what Aron is basically saying is that they are able to sell cheap service by:

Now I’m going to add a couple of other reasons that Aron didn’t mention. Then I’ll expand on some of the 7 reasons how Mint Mobile is able to offer highly affordable service.

Mint Mobile does not sell pay by the month phone plans. Instead, they sell multi-month phone plans where customers must pay for 3-months, 6-months, or 12-months of service in advance. Mint Mobile refers to this as wireless in bulk. This is probably the number 1 reason why their plans are so cheap.

With customers locking into their plans for a longer period of time than just one month, Mint Mobile is able to collect more money upfront than a standard provider. This can also help them to be more profitable on a per-customer basis sooner than some of their competition can.

Wireless in bulk also gives Mint Mobile a guaranteed amount of revenue for a guaranteed amount of time which makes it easier to run the business and pay the bills. And if a subscriber leaves a few months before their 3, 6, or 12-month plan expires, Mint Mobile still gets to keep the revenue. In contrast, if that customer were with another provider, the revenue for that provider would stop as soon as the customer leaves.

If Mint Mobile were to sell pay by the month phone plans at the same rates they do for their multi-month plans, the margins would likely be too low and unpredictable for the business to be sustainable. But with multi-month plans, the low margins and reduced predictability are made up for by selling service in bulk.

2). They Don’t Have Any Stores

This reason is pretty easy to understand. Unlike the big carriers and their prepaid brands like AT&T, T-Mobile, Verizon, Cricket Wireless and Metro By-T-Mobile, Mint Mobile does not have any stores of its own to manage. That means they don’t have to lease storefront space or pay for any of the bills that are associated with running a store. The savings Mint Mobile achieves by not having stores to run also gets passed on to consumers through lower prices.

3+4). Invest Responsibly And Creatively In Advertising

Per Aron’s remarks in Reddit, Mint Mobile “smartly spend(s) every dollar” on advertising. Mint Mobile doesn’t have the big money to spend on advertising that some carriers like T-Mobile do. In fact in 2019, T-Mobile spent approximately $1.6 billion on advertising, a number that likely far exceeds Mint Mobile’s revenues. So in order to stand out from the crowd with a smaller budget, Mint Mobile has had to do things creatively.

Mint Mobile’s logo and mascot is a fox. And since launching in 2016, they’ve used that fox with a lot of provocative marketing. At times the fox can be seen saying phrases such as “F*!xing Genius,” or “Mind F*!ing Blown,” for a play on words with, well you know. But those same ads are also quick to point out to readers “we said foxing.” So Mint Mobile has used a play on the “F” word to its advantage to garner attention where other brands were afraid to use it. And it has certainly noticed around the web where they first began to advertise.

Mint doesn’t often run TV commercials, but when they do, they make sure they reach a large audience. Mint Mobile’s Super Bowl commercial featuring “chunky milk” raised eyebrows and consumer awareness of the brand when it aired.

The company is also partly owned by actor Ryan Reynolds. Having an owner that’s also a famous actor with millions of followers on social media also helps a lot with free to low cost advertising.

This one could seem counterintuitive. A lot of smaller brands and even some bigger ones often skip out on putting together a good customer support team. They do this to cut costs and to try and increase profits for themselves. But Mint Mobile takes a different approach here. According to Aron, they make big investments in “Care” which is how the brand refers to customer care/customer service.

Having a great customer care team seems to help the brand to be able to retain customers. Returning customers are also cheaper than acquiring new ones. But those happy customers can lead to brand growth through their recommendations to friends. It’s like free advertising. And the money saved on advertising is money saved on the cost of the plans.

Mint Mobile does have its own backend software solutions that help it to keep costs down for itself and its customers. Engineers continue to work to innovate and improve efficiency and costs.

7). Mint Mobile Doesn’t Have Its Own Network

And after all of that, here’s a summary of what Mint Mobile’s cheap plans look like.